Bothersome and bewildering as our existence often is, there is always a steady anchor of shallow wisdom to which we can cling for comfort and reassurance. During the confounding Egyptian commotion, it was soothing to behold the light and truth emblazoned so superficially across cyberspace by the astute likes of Lindsay Lohan.

And so twittered the starlet, inter alia embroiled in a whole slew of new legal entanglements: “Congratulations to the people of Egypt. Your voices were heard and you proved that peaceful demonstrations are possible and effective… I pray Egypt maintains it’s [sic] treaty with Israel and sets the trend for its neighbors to create peace with Israel and the entire region.”

Totally! Doesn’t that just prove that there’s more to airhead icons than meets the eye? Duh! No way all those Muslim Brothers who proliferate in the land of long-bygone pharaohs can fail to follow the irresistible teachings from la-la land.
END_OF_DOCUMENT_TOKEN_TO_BE_REPLACED

By definition, opinion-molders determine what we focus on. Whatever doesn’t serve their agenda will be defined as nothing we need bother our inferior uninformed minds about. We’re not to dwell on anything untoward in the fortunes of protagonists who’re either favored by advocacy journalists or who aren’t in the way of bias-disseminators. If it doesn’t pay to get on someone’s case, odds are our outrage won’t be drummed up.

That’s why a deadly hush greeted the announcement that the police has at long last concluded its lethargic-cum-reluctant decade-long investigation into alleged bribery charges in the Cyril Kern and Martin Schlaff cases.

END_OF_DOCUMENT_TOKEN_TO_BE_REPLACED 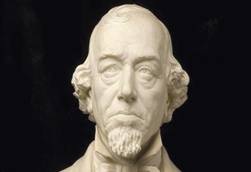 “We make our fortunes and then we call them fate.”

Disraeli’s sardonic wisdom remains valid despite all of history’s convolutions and revolutions since his day. Nothing is propelled by blind destiny, because it’s foretold, inscribed on some astrological chart and preordaining consequences that cannot be averted.

Inevitably human hands pull the lever that sets cataclysmic geopolitical events in motion. The human hands that unsettled Egypt, and with it the entire Mideast, are primarily those of the American electorate which elevated Barack Obama to the presidency.

At that pivotal point it should have been clear that the end is near for whatever remnants of delicate equilibrium still endure in this region. Obama ushered in chaos even if he chose Cairo as his venue for the 2009 speech in which he sucked up to Islam. Egyptian President Hosni Mubarak significantly absented himself from that milestone sham. He could sense the ill-winds blowing.
END_OF_DOCUMENT_TOKEN_TO_BE_REPLACED 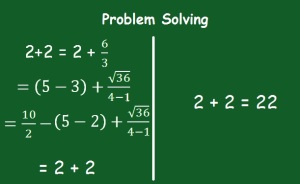 Some spins can positively perplex. The same Al Jazeera revelations which threw the cardboard regime of PA figurehead Mahmoud Abbas into a total tizzy, instilled boundless joy in the hearts of Israel’s indomitable Left.

Leaks attributing to Abbas a hypothetical inclination to perhaps consider a morsel of a crumb of compromise have served to seriously undermine Ramallah’s Fatah honchos on their own turf, paint them as traitors to the cause of eliminating Israel and elicit from them a panicky flurry of vehement denials.

This, in the eyes of our diehard proponents of an accord with the same said Abbas, is a highly encouraging development.

This, aver they, proves yet again that Abbas is a promising and reliable interlocutor, that he is an earnest, well-intentioned peace partner, willing to relinquish scraps of territory to intransigent Israel.

We could interject at this point and note that Abbas can hardly be said to be ceding what he doesn’t possess and that it’s Israel which possesses what Abbas is so ecstatically extolled for magnanimously “giving up,” should Israel acquiesce to mass suicide. But we won’t pettily harp on fundamentals. Instead, let’s follow the Abbas fan club’s circuitous calculations to their logical end.
END_OF_DOCUMENT_TOKEN_TO_BE_REPLACED