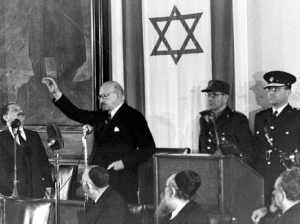 We hardly relish another updated sequel of the same farce, but every seven years we’re compelled to watch a bunch of by and large has-beens vie for the post of president. This prestige-laden sinecure has become a golden-age retreat for assorted flunkies. No finer end-of-career-in-the-limelight can be had.

The trouble is that, as time goes by, the list of candidates becomes exponentially more preposterous, even downright embarrassing.

The really worthy sorts don’t toss their hat in the Knesset’s skewed ring. They may know better than to participate in a scarcely equitable contest. They may be genuinely modest and unassuming or they may not have invested sufficient energy and means in order to make friends and influence factions ahead of the July vote.

The upshot is that the likes of Moshe Arens or Uzi Landau would never nominate themselves nor be considered by others as fitting nominees with a fighting chance. END_OF_DOCUMENT_TOKEN_TO_BE_REPLACED

It was commendable that the EU at all chose to note the day, but what Ashton said on its behalf was surreal. She managed to use 121 words without ever mentioning Jews. Her glaring omission in the context of the Holocaust is quite remarkable.

Ashton even lauded “all those who acted with courage and sacrifice to protect their fellow citizens against persecution.”  But who were these nameless “fellow citizens?” 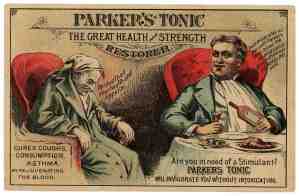 A quip in a private conversation got Defense Minister Moshe Ya’alon into hot water. Quite a hullabaloo was stirred up by his suggestion that US Secretary of State John Kerry may be messianic in his obsessive keenness to impose a pseudo-solution upon us.

Ya’alon’s observation can, plausibly, be interpreted on several levels. It may be that Ya’alon perceives Kerry as naively putting his trust in visions of an unrealistic deliverance and the advent of an irrationally idealized era of peace and prosperity. That would be bad enough.

But higher up on the scariness scale is the possibility that Kerry isn’t just another gullible sap. He may have assumed for himself the role of savior. In psychology this is known as the “messianic complex,” categorized with analogous aberrations under the “grandiose delusions” disorder.

Of course the most chilling likelihood is that Kerry is neither of the above but that he is a realpolitik cynic who merely pretends to conjure a messianic miracle. Like old-time Midwestern snake-oil salesmen and purveyors of syrupy elixirs, Kerry in our day knows full well that he is bamboozling the Mideasterners on whom he calls with exasperating frequency. END_OF_DOCUMENT_TOKEN_TO_BE_REPLACED

It was all too easy to engage in wishful thinking and assume that the Germans would stick to the plan they had announced. The Germans had succeeded in dividing the Jews of the ghetto into two groups – those destined for deportation, and those hoping to evade the danger.

With obvious name changes, the same dichotomy of orientations can be ascribed to the citizens of the sovereign Jewish state, here and now.

There are those among us who serially find it “all too easy to engage in wishful thinking” and assume that the Arabs would honor their announced commitment to peace.

Despite all the ill-will and treachery with which each and every one of our existentially risky concessions had been repaid, the Arabs had succeeded in dividing the Jews of Israel into two groups – those destined to suffer and those trusting that they would evade the danger.

Doubtless, the above analogy is sure to stir up scorn and righteous indignation. The self-appointed guardians of other people’s consciences cannot but be scandalized to the core.  The overbearing priests of our political correctness disdain historical parallels, especially those that hark back to the darkest days of the Jewish past – with the glaring exception of parallels they themselves draw in the service of spiteful taunts.

But, as the old adage goes, anyone who doesn’t learn from history is doomed to relive it. Of course, there are no absolute replicas of what was. Circumstances and protagonists inevitably differ.  But overall directions, processes and mindsets – as well as their derivatives and consequences – may well be spine-chillingly similar.  END_OF_DOCUMENT_TOKEN_TO_BE_REPLACED

Defense Minister Moshe Ya’alon was forced to apologize for having seemingly slighted US Secretary of State John Kerry when he referred to his continual shuttles to Israel and the Palestinian Authority as “messianic” and “obsessive.” State Department spokeswoman Jennifer Psaki described Ya’alon’s words as “offensive and inappropriate.”

That wasn’t all. Ya’alon’s criticism was blown up into a major diplomatic confrontation when an unnamed ”senior US official” demanded that Prime Minister Binyamin Netanyahu “put this right by publicly expressing his disagreement with the statements against Secretary Kerry, the negotiations with the Palestinians and Kerry’s commitment to Israel’s security.”

This virtual ultimatum turned the entire incident quite overtly into a round of arm-wrestling in which Washington appeared determined to push Jerusalem’s arm down decisively. END_OF_DOCUMENT_TOKEN_TO_BE_REPLACED