The Tack went on vacation. 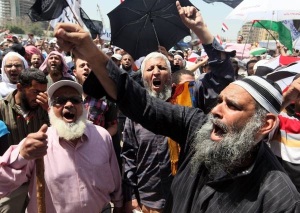 Word is that US President Barack Obama, remarkably free from introspection and unencumbered by healthy hints of self-doubt, assiduously attributes Israeli mistrust of him to his eminently Muslim middle name. For him that encapsulates it all.

Such simplistic, one-dimensional explanations typify his neophyte missteps on the treacherous turfs of foreign policy. Obama botches things up because of his predilection for facile grand gestures, which, alas, can’t alter intricate realities. He hasn’t got an elementary handle on our Israeli outlook and is likewise unable to navigate the tempestuous Islamic sea that swirls ominously around us.

Obama’s oversimplified presumptions about our perceived antipathy toward him (without stopping to consider his undisguised cold shoulder to us), are matched by oversimplified expectations that the Muslim/Arab world should cheer him. These too hinge on that eminently Muslim middle name. Being called Hussein should, in and of itself, create an affinity, make Muslims trust him and accept him as a kindred spirit.

This, of course, is every bit as simplistic as the notion that Israelis should harbor misgivings because of his name. END_OF_DOCUMENT_TOKEN_TO_BE_REPLACED

US President Barack Obama fancies himself in grand Lincolnesque terms and avers over and over that Abraham Lincoln is his model. Quite shamelessly invoking the Great Emancipator, Obama chose to kick off his first presidential bid on February 10, 2007, in Springfield, Illinois, just where Lincoln voiced his historic challenge to slavery in June 1858. And honing the comparison with a characteristic deficit of humility, after his electoral victory Obama took his family with much pomp to the Lincoln memorial.

But, for all of Obama’s blatant manipulation, it’s not that superficial similarities don’t exist. Like Honest Abe, Obama cuts a thin, lanky figure and sports oversized ears. None too- modestly Obama considers himself a master-rhetorician, a supreme crisis-manager, if not the outright shining beacon of liberty. There’s absolutely no denying that Obama is a dab hand at stagecraft and expediency.

Milking the advantageous analogy for all it’s worth, Obama’s inauguration speech theme was lifted with abundant conceit from a line in Lincoln’s Gettysburg Address: “a new birth of freedom.” Obama just loves the word “freedom.” With theatrical flair he enunciates it liberally at every occasion.

That in mind, it would therefore be reassuring to assume that never far from Obama’s awareness is what Lincoln wrote in 1859: “Those who deny freedom to others deserve it not for themselves.”

At this point in time the only man who denies Jonathan Pollard freedom is Obama. END_OF_DOCUMENT_TOKEN_TO_BE_REPLACED

Of late, shocked to their ultra-sensitive core, our chattering classes tug extra-hard on our national fire bells.

With exhilarated alarm, they alert us to how unloved we are overseas. Our news purveyors appear to take uncommon pleasure in driving the point home.

The other day broadcasters announced solemnly that “Germans have become markedly more critical of Israel, with 59% describing it as aggressive, according to a survey published by the Stern weekly.”

This monumentally significant poll was conducted on the eve of German President Joachim Gauck’s visit to our backwoods.

We’re definitely on a treacherous downward spiral because, as several reporters stressed, “a similar Stern survey in 2009 found that only 49% considered Israel aggressive.” Ouch! END_OF_DOCUMENT_TOKEN_TO_BE_REPLACED