Exactly 70 years ago – on February 24, 1942 – 19-year-old David Stoliar terrifyingly clung to bobbing debris in the Black Sea. At first he heard screams in the frigid waters but the voices died down. It eventually emerged that Stoliar was the sole survivor of the Struma, an un-seaworthy vessel chuck-full of frantic Jewish refugees.

World War II was already in fever pitch. Against the enormity of the then-unfolding Holocaust, the loss at sea of 768 Jewish lives (103 of them babies and children) was at most blithely overlooked as a marginal annotation.

Moreover, although these Jews fled the Nazis, in the pedantic literal sense they weren’t executed by Third Reich henchmen.

This atrocity was the coldblooded handiwork of Great Britain (committed while it combated the Germans but remarkably without compassion for their Jewish victims), supposedly neutral Turkey (whose so-called nonalignment didn’t extend to outcast Jewish refugees), by the Arabs (who were openly and unreservedly Nazism’s avid collaborators and who pressured London into denying endangered Jews asylum in the Jewish homeland) and, finally, by the Russians (who targeted the immobilized sardine can that carried Jews to whom nobody would allow a toehold on terra firma).

The entire world seemed united in signaling Jews how utterly unwanted they were anywhere. END_OF_DOCUMENT_TOKEN_TO_BE_REPLACED 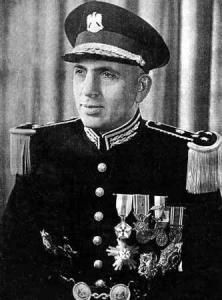 Forgotten is our peculiar urban folklore, yesteryear’s spontaneous fun of small Israeli kids rapidly rolling off their tongues the names of assorted Syrian tyrants. This singsong accompanied sidewalk games and was a staple of silly summertime tongue-twister contests.

Nobody then remotely believed that riots and havoc in neighboring autocracies could betoken the rise of democracy in the Arab-speaking sphere.

But for too long we’ve lost touch with our not-so-distant past, a time when recurrent “Arab Springs” were once announced with dizzying frequency. In Syria especially they followed in furious succession until, in 1970, one Hafez Assad proclaimed the longest-lasting self-styled spring and actually managed to pass on control of the abundant Damascene sunshine and blossoms to his son, Bashar.

Both Assads’ nastiness and penchant for massacres were hardly unique in their country. Syria spawned carnage and “popular uprisings” a dime a dozen. Only the durability of Assad-dynasty despotism was unusual.

Nonetheless, now – having learned to view the world through the tinted lenses of hypocrite Europe and bedazzled America – we, too, fall for the “budding democracy” babble. END_OF_DOCUMENT_TOKEN_TO_BE_REPLACED

By August 11, 1942, pioneer psychoanalyst Sabine Spielrein must have ditched all illusions about German civility. On that day, she and her daughters – accomplished cellist Renate, 28, and promising violinist Eva, 18 – were, like thousands of other horrified Jews, force-marched through the central streets of the Russian city of Rostov-on-Don. They were herded toward Zmiyevskaya Balka (Snake Gully), where they were soon shot, together with many Red Army POWs.

Thus – ignominiously and brutally – ended the tempestuous 57-year life of a strong-willed woman, exceptionally independent and nonconformist for her time. In Western cultural enclaves, she’s sporadically remembered (in books, plays and films) for her affair with one of the fathers of psychoanalysis, Carl Jung.

It was a big deal back in the early years of the 20th century, when she lived in Germany, Switzerland and Austria. It was a case of opposites attracting. Jung, an unabashed anti-Semite, was both enticed by the spirited petite and repelled by her Jewishness. She was mesmerized by his Aryan looks and fantasized about a love-child in whom the best of the Jewish and Aryan would splendidly combine.

Sigmund Freud, whose great break with Jung was sparked – among other causes – by this liaison, wrote to Sabine: “You must learn to discern the difference between friends and enemies (I mean Jung).” END_OF_DOCUMENT_TOKEN_TO_BE_REPLACED 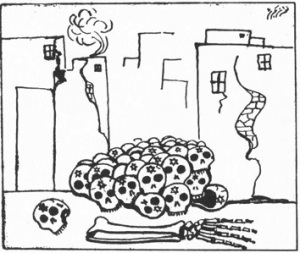 Appearing in Ramallah on the Palestinian Authority’s Shaheed (martyr) Day, Knesset Member Ahmed Tibi proclaimed that “nobody is more admirable than the shaheed… the ultimate source of pride… the symbol of the homeland… who blazes the trail for us and paves the path to liberty with his blood.”

To preempt Israeli backlash, Tibi feigned innocence. The word shaheed, he averred, means a person “killed by the occupation.”

Yet in everyday Arabic, suicide-bombers and perpetrators of any bloodcurdling atrocity in Allah’s name are popularly dubbed shaheeds. The Palestinian Authority’s media, schools and mosques – all under professed moderate Mahmoud Abbas’s control – glorify shaheeds as models of emulation for all, from pint-sized preschoolers onward.

No Arab harbors doubt about what shaheed means. Thus Tibi winks to his Arab listeners, who understand him perfectly, while he disingenuously pretends otherwise to us. END_OF_DOCUMENT_TOKEN_TO_BE_REPLACED