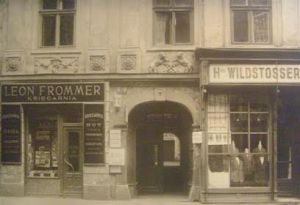 Poland made history on Monday morning, April 19, 1937. It taught the world how to implement a boycott without actually admitting that it’s doing anything of the sort.

Headliners of today’s European Union have learned the lesson well, even if few of the EU’s sanctimonious sermonizers can likely cite the source and inspiration for their very unoriginal charade.

The Polish non-boycott was no mean feat on the eve of WWII, when dark clouds of impending doom already gathered over the heads of European Jewry. Given the bestial goings-on and the brutish anti-Jewish boycotts next-door in the Third Reich, Poland appeared positively refined by comparison – the soul of sophistication.

The Poles never sank as low as the crude and vulgar Germans. They didn’t adopt the practice of daubing storefronts with giant Jude inscriptions, smashing windows or sending out storm troopers to form scary picket lines, carry offensive signs in the formidable Teutonic tradition and warn off the super-race away from subhuman Jewish shopkeepers.

Instead, Poland’s Minister of Industry and Commence Antoni Roman issued an edict that looked impeccably non-discriminatory. It ordered that all business signs boldly display the proprietor’s name, directly above any other incidental scrap information such as what was sold at the premises. Precise rules were stipulated regarding the size of the letters required.

What could possibly be wrong with that? END_OF_DOCUMENT_TOKEN_TO_BE_REPLACED 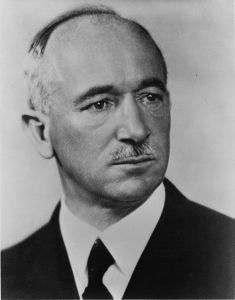 Is Prime Minister Benjamin Netanyahu personally culpable for the atrocious deal which US President Barack Obama and his multinational cohort contracted with Iran? Exuding extraordinary opportunism, MK Ya’ir Lapid screams just that into every available microphone.

Opportunism according to the dictionary definition is “the conscious policy and practice of taking selfish advantage of circumstances – with little regard for principles or consequences. Opportunist actions are expedient actions guided primarily by self-interested motives.”

Lapid’s fortunes had flopped spectacularly in the March elections. His political bankruptcy would have been all the more crushing had Labor posed a more credible alternative. As was, Lapid avoided utter ruin only because his list afforded a midway shelter for those who couldn’t bring themselves to vote for either large party.

This leaves Lapid with the pressing need to keep his name in the headlines and make political hay of whatever transpires – like the signing of the Vienna deal on the ayatollahs’ nukes. END_OF_DOCUMENT_TOKEN_TO_BE_REPLACED 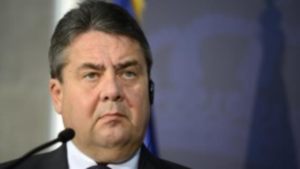 In business, the early bird really does catch the worm and, mindful of that, European firms are rushing with headlong alacrity to do deals with Iran – even though pro-forma the sanctions against the ayatollah regime hadn’t yet been lifted.

Speediest and most impatient of all are the Germans, who cannot contain their zeal to profit. They dispatched a high-level 60-member delegation topped by Angela Merkel’s second-in-command along with representatives from such industrial giants as Linde, Siemens, Mercedes-Daimler, Volkswagen, et al.

To be sure, while the Germans are keenest to rake in the benefits of dealing with the genocidal enemies of the Jewish state, they have special incentives to appear righteous. END_OF_DOCUMENT_TOKEN_TO_BE_REPLACED 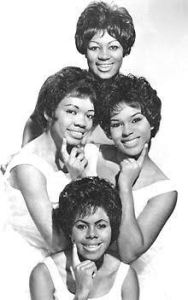 In all fairness, even politicians sometimes deserve a break. To whit it behooves us to admit that:

Let’s start at the top. Obama may have willfully led all and sundry astray as he pursued his courtship of the Iranian ayatollahs. He did fib prodigiously while allowing himself to be outmaneuvered by them at every turn. He couldn’t have been more disingenuous than when he denied his capitulation on every point and when extolled a deal that is far more laughable than the travesty which Bill Clinton concluded in 1994.

Like a dilettante neophyte at a Tehran bazaar, Obama haggled with the Iranians without ever threatening them, while openly evincing a rush to meet artificial deadlines of his own making and oozing eagerness to strike the bargain at any price. He blundered spectacularly. END_OF_DOCUMENT_TOKEN_TO_BE_REPLACED 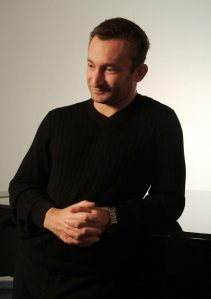 Even before it was officially announced that Russian-born Kirill Petrenko was appointed to take over in 2018 from Sir Simon Rattle as conductor of the Berlin Philharmonic, Petrenko’s Jewishness became a hot issue in Germany.

His very candidacy sufficed to bring to the fore supposedly extinct Judeophobic maliciousness. It most likely lurked all along behind the veneered semblance of impeccable decorum.

In her commentary for Northern German Radio [NDR], Sabine Lange described Petrenko in the Wagnerian idiom as “the tiny gnome, the Jewish caricature.” END_OF_DOCUMENT_TOKEN_TO_BE_REPLACED 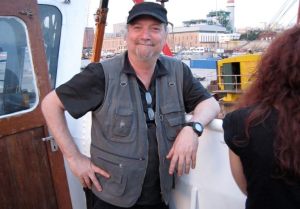 A self-satisfied Dror Feiler on board the Marianne: he is a classic red-diaper baby.

Israeli expat Dror Feiler, domiciled in comfortable and smug Sweden, has helped organize many of the “humanitarian flotillas” to Gaza, including the 2010 Mavi Marmara provocation, the 2012 Estelle follow-up and the latest foiled Mariannemisadventure. He is a classic red-diaper baby.

In his pro-Hamas fervor, Feiler never mentions that Israel regularly (and quite dementedly) supplies Gaza with goods, electricity, fuel and water, whereas Gaza uses its resources to subjugate its masses and stockpile weapons of indiscriminate destruction.

Feiler either justifies or omits from discourse Gaza’s many and flagrant sins. He grotesquely exaggerates Israeli responses and willfully twists them out of all context. Feiler delights in painting Israel as intrinsically and irredeemably evil. Don’t look for Jewish empathy or a soft spot for the old homeland in Dror. That would contradict his red-diaper upbringing. That’s not where he comes from.

He’s a trusty unquestioning chip off the old block – his mother, Pnina, who spent a lifetime crusading for Palestinian causes and defaming Israel with relish. She hails from Yad Hanna, Israel’s sole Communist kibbutz. It was named in 1950 after heroic WWII paratrooper Hanna Szenes, whose memory and legacy have of late been targeted by artsy leftwing iconoclasts. Self-sacrifice for a Jewish cause and Zionist dedication have become unbearable in their enlightened milieu. END_OF_DOCUMENT_TOKEN_TO_BE_REPLACED