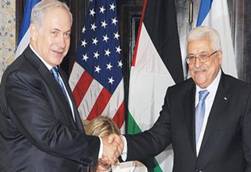 More and more luminaries from out in left field don’t hate Binyamin Netanyahu fully as much as they did just a while back. By a near miraculous transformation he no longer appears quite as grotesque an ogre.

His dovish utterances on the launching of another peace gabfest seem to have earned Netanyahu grudging, if conditional, tolerance from confirmed political maligners.

It’s beginning to look familiar. It’s beginning to call to mind the abeyance of the Left’s unfathomable animus for Ariel Sharon. Netanyahu is probably incapable of Sharon’s outright overnight betrayal. But the Left detects potential in Netanyahu to repeat the irresolution he evinced erratically throughout his first term, most particularly during the Wye summit.

Diehard leftists indeed looked faintly more tolerant of Netanyahu post-Wye, only to ditch him despite enticing promises for a parliamentary “security net.” END_OF_DOCUMENT_TOKEN_TO_BE_REPLACED 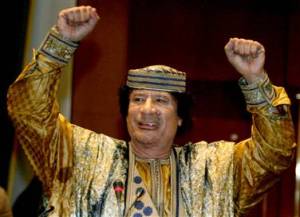 By happenstance, just when Muammar Gaddafi staged his recent Muslim-supremacy spectacle (significantly) in Rome, Israeli actors refused to stage anything in well-within-national-consensus Ariel. On the face of it these events were unrelated.

Neither did the resounding refusal from Ramallah to even vaguely recognize Israel as a legitimate Jewish state seem linked to the in-house boycotts promulgated by those showbiz poseurs and their literati cheerleaders.

The Gaddafi extravaganza was all but overlooked by our media as a no-account eccentricity. The Ramallah reiteration of immutable nay-saying was mentioned in passing as an almost acceptable, incontestable fact of life. The out-of-left-field onslaught on Ariel, however, was ballyhooed by leftist scribblers and talking heads as heralding the moral imperative of further shrinking (anyhow precariously tiny) Israel.

Those who ignore or downplay the news from Rome and Ramallah, yet amplify the anti-Ariel offensive, obscure the fundamental connection. The aforementioned are all jigsaw pieces in the same puzzle. The removal of any piece leaves a gaping void which renders the picture meaningless. Separating and isolating constituent elements distorts the context. The upshot is that, systematically blinkered, we’re left defenseless. END_OF_DOCUMENT_TOKEN_TO_BE_REPLACED 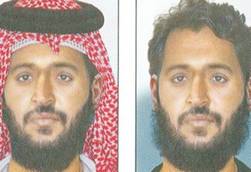 A couple of weeks ago Kathy, my fellow alumna of New York’s High School of Music and Art (renamed the LaGuardia High School for the Arts), sent me an update on a column I devoted (some two years back) to our much-belated reunion. The next day roughly the same information appeared in The Jerusalem Post, datelined Miramar, Florida. A quick Google showed it was widely reported.

The gist was that Adnan el-Shukrijumah has apparently become al-Qaida’s new head of global operations, in charge of plotting new attacks. This promotion puts him in direct contact with Osama bin Laden. This is the highest any American ever rose in al-Qaida ranks.
How does this pertain to Kathy? Shukrijumah was her neighbor, but no one would heed her warnings in real time.

Indeed, even after Shukrijumah went on the lam, she tried almost desperately to convince me that something bad was happening next door to the house which generations of Kathy’s Irish family had occupied since it was built in 1912. END_OF_DOCUMENT_TOKEN_TO_BE_REPLACED