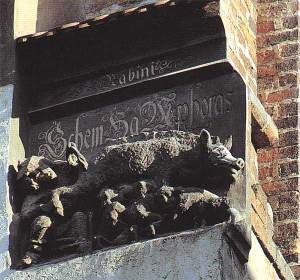 If a netherworld truly exists, then its most infamous denizen, one Adolf Hitler, must be rubbing his hands in glee. During his lifetime, when he preoccupied the entire world with his war, he never ceased to proclaim hysterically that his paramount aim was annihilating all Jews. Obsessively he reiterated his resolve to cause all nations to unite in recognition of inborn Jewish villainy.

To some extent he already succeeded among his contemporaries. The Allies never sincerely cared about Jews and never fought for them. They protected their own skins. Europe’s Jews were eventually liberated via the much-belated byproduct of Germany’s defeat. The enormity of the Holocaust could have been lessened, but it was nobody’s priority.
END_OF_DOCUMENT_TOKEN_TO_BE_REPLACED 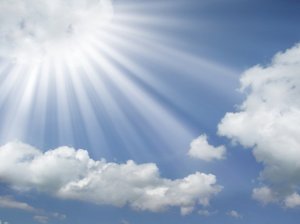 If even chief Oslo culprit Shimon Peres carps about the international community’s double standards, then he must harbor super-gargantuan grievances.

Our president, after all, is a consummate “peacenik” and a timeless icon of political correctness. He is wined and dined and feted by the trendiest global Who’s Who and jet-setter celebs. He is considered the face of Israel which those usually not too well-disposed toward the Jewish state (to say the least) are most able to tolerate.

It’s telling when even Peres waxes indignant. There must be more than run-of-the-mill provocation to elicit uncommon anger from one otherwise prone to ingratiation rather than confrontation. END_OF_DOCUMENT_TOKEN_TO_BE_REPLACED

“The weakening of the regime in Damascus illustrates how Israel squandered an opportunity because of the failure of talks with Syria.”
From Haaretz’s March 28 editorial.

As Haaretz illustrates, those who should rue their foolishness still keep beating the breasts of political opponents. This regardless of the fact that no open-minded observer can deny that all warnings by the “lunatic Right” (the least unkind epithet hurled at us) had come true.

In the wake of the Osloite recklessness, we’ve been inexorably sliding into an abyss of international defamation and physical vulnerability unequaled anywhere.

Incremental concessions haven’t improved our image nor won us popularity and understanding abroad. They merely cost us any residue of legitimacy and burdened us with the onus for more giveaways (because our illegitimacy entitles us to nothing). END_OF_DOCUMENT_TOKEN_TO_BE_REPLACED 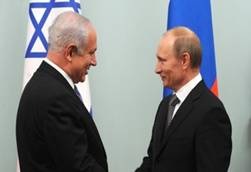 Did Prime Minister Binyamin Netanyahu just travel to Moscow or did he also simultaneously go to a latter- day Canossa? Did Bibi obsequiously succumb to an outside power (in the manner of Holy Roman Emperor Henry IV who prostrated himself before pope Gregory VII in medieval Canossa)?

Reportedly Netanyahu rushed off to Moscow to plead with his Russian counterpart Vladimir Putin not to sell Syria advanced rocketry. Previous Israeli and American entreaties failed to dissuade Russia from pressing ahead with the deal or, earlier, from the startup of Iran’s only nuclear plant.

With the Cold War behind us, we might expect a cooperative rather than an audaciously obstructionist Russia. What we witness, however, is too déjà vu for comfort, too eerily reminiscent of the defunct USSR.