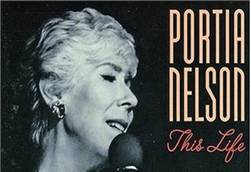 It’s probably unrealistic to expect more than a handful of folks with an inordinate capacity for useless information to recall Portia Nelson, the late American lyricist, artist, performer and 20th-century renaissance woman.

Her most widely quoted creation was a 1976 poem “Autobiography in Five Short Chapters.” As hippiedom transmogrified into New Age, “Autobiography” became an instant hit with all sorts of self-help and self-discovery groups, emerging as a cultural icon, reprinted in numerous publications and on pretty posters.

Its premise was simple yet astute. Life’s like a walk down the street. If we keep stumbling into the same hole, we alone are to blame. More famous as “There’s a Hole in My Sidewalk,” it went like this:

I
I walk down the street.
There’s a deep hole in the sidewalk. I fall in.
I am lost… helpless.
It isn’t my fault.
It takes me forever to find a way out.

II
I walk down the same street.
There’s a deep hole in the sidewalk.
I pretend I don’t see it.
I fall in again.
I can’t believe I’m in the same place,
But it isn’t my fault.
It still takes a long time to get out.

III
I walk down the same street.
There’s a deep hole in the sidewalk.
I see it.
I still fall in… it’s a habit.
My eyes are open. I know where I am.
It’s my fault. I get out immediately.

IV
I walk down the same street.
There’s a deep hole in the sidewalk.
I walk around it.

V
I walk down another street.

The beauty of the above is that its straightforward common sense is applicable to all manner of troubles and tribulations, not necessarily only of the personal variety. As Israel’s experience incredibly instructs us, entire nations can be led into critical holes in their proverbial pavements. Always impatient for that speedy saunter to blissful peace and prosperity – or alternatively eager to temporarily alleviate unkind American pressure – Israel’s leaders invariably seek shortcuts, which inevitably land us all in that eminently avoidable hole.

Irresolute, besotted by wishful thinking and tired of the long hard trek around the menacing pitfalls in our national path, these leaders – with much of the mind-numbed populace in tow – lackadaisically head for that familiar hole. Over and over and over again. With eyes open.

LAST YEAR Binyamin Netanyahu nosedived right into the construction-freeze hole. He stayed there for 10 whole months, vowing that it’s a nonrecurring misadventure. History, however, suffers no vacuums. Netanyahu’s ostensible one-off marked a precedent tantamount to Israeli confirmation of the illegitimacy ascribed abroad to the Zionist endeavor – not only in Ofra but also in Jerusalem.

Barack Obama essentially presses for benevolent eugenics – needless to say for our own good – when insisting on a construction freeze to effectively end natural growth in what he calls settlements, including significant swaths of Jerusalem. No greater problem plagues the world.

To even indirectly validate this premise is to inflict irreversible damage. Once the demonization is underscored by Israeli weak will, construction could never resume without creating a massive stink and inviting even worse pressure.

Expectedly, Netanyahu caved in to the predictable pressure he imprudently invited and helped intensify. His very readiness to as much as countenance a freeze extension makes the bad situation he created so much worse – especially because it’s supposedly sweetened by an enticing set of understandings with the Obama administration.

Thus the assumption that Israel can escape the automatic pro-Arab UN Security Council majority is gone. America’s veto has now been inextricably linked to Israel compromising its vital interests. Our choice now is to be whacked by built-in anti-Israel bias or be whacked by sacrifices made to win a grudging American counterbalance to built-in bias. It’s a lose-lose proposition.

Moreover, the sugary inducements themselves will be delivered only if a full agreement with the Palestinians is achieved in three months. Odds are it won’t be. Hence much of what we hope to gain by exacerbating the no-construction precedent will evaporate into thin air.

Then there is the suggestion that this will be the absolutely last freeze. But so we were told before the first freeze. That’s why a time limit was slapped on it. Netanyahu should have known that there’s never anything as permanent as something provisional. Precedents beckon sequels.

REMEMBER THOSE much-touted 14 reservations Ariel Sharon attached in 2003 to the road map for peace? We were assured they were an inseparable binding appendix. We were led on to trust that America accepted them. Yet Washington disdainfully ignored these objections, which mattered momentarily only in our internal self-deceptive discourse.

American undertakings are highly suspect. At most they’re transient pledges good only for the lifetime of the administration that made them – and even that’s not guaranteed.

Whenever some of us benighted sorts say so, we’re maligned as rabid fiery-eyed nutcases, foaming at the mouth for good measure. We were roundly derided for recalling how in 1967 nobody in the White House could find the 1957 document spelling out US guarantees that Egypt wouldn’t blockade the Tiran Straits again. American infidelity made the Six Day War unavoidable. Washington could have preempted that showdown and its derivative so-called occupation.

The US-brokered 1970 Israeli-Egyptian truce hinged on American guarantees that no heavy weaponry would be advanced. On the cease-fire’s first night, however, the Egyptians moved dozens of anti-aircraft missiles to the Suez Canal’s bank, facilitating the eventual launch of the Yom Kippur War. American silence was deafening. At the end of the 1973 war, the US saved the surrounded Egyptian Third Army from surrender, thereby robbing Israel of incontestable triumph.

Anyone who ever counted on clever formulations and American promises wasn’t a pragmatist but a fool.

Remember US undertakings not to deal with the PLO? Count on Obama – less sympathetic to our cause than even his least savory predecessors – to just as cynically overlook more recent declarations against powwowing with Hamas. Hence Obama’s feigned ignorance of George W. Bush’s understandings with Sharon regarding settlement blocks. Assurances Obama might offer Netanyahu would be just as fleeting and downright more insincere.

Netanyahu is about to drop us not into a nasty hole in the sidewalk but into a yawning, bottomless chasm. Inside darker and more inextricable depths we’ll encounter more bloodshed, inimical “peace partners” emboldened by Obama’s backing and mounting existential peril of the sort Portia Nelson never imagined.

Her rule of thumb was that you’re naïve only once. You’re foolish the second time around. Beyond that you’re pathetic and need to save yourself. But our story lacks her happy ending. We recklessly fail to avoid the hole and self-destructively reject the detour.

Sarah Honig is taking time off during the month of December. She and her columns will return in January, 2011. Happy Holidays!

4 thoughts on “Another Tack: It's our fault”