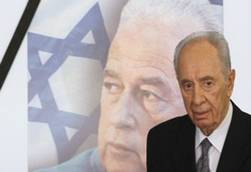 Although we gave the world monotheism, we are a nation obsessively searching for idols. We sculpt some, raise them on pedestals, confer sanctity upon them and declare their worship mandatory. In other idols we seek imperfections, poke at them, dig at the surface and deepen the blemishes so we may be justified in smiting the ghastliness.

Even Bar Kochba isn’t invulnerable, presumably because his fight for liberty and rebellion against ancient Rome was revered by Zionism’s founding fathers. That renders him permissible prey for zealous post-Zionists.

Moshe Dayan is hardly as antiquated, but he too is zealously seized upon by ardent left-wingers, who project the conclusions they purport to draw from his 1973 tactical bungles onto the country’s current predicaments.

Thrashing Dayan presumably buys aspiring scribblers the approval of leftist media and academia overlords. The annual Yom Kippur rite was exacerbated this year with the release of 37-year-old protocols, which contain little previously unknown. Yet the passion of the well-orchestrated “beat Dayan” fest would surely lead a just-landed Martian to assume that said Dayan is still a forceful mover and shaker.

As assiduously as we smite some idols, so we aggrandize others. To underpin compulsory veneration, our thought police scrutinizes calendars to apprehend the firm, publication or school, which – heaven help them – omitted highlighting Yitzhak Rabin’s assassination anniversary as a national day of mourning. Each year the personality cult is revived via public ceremonies, politicized vigils and manipulative melodramatic mantras. We’re all a captive audience of kitschy commissars.

LIKE IT or not, each year, we kick Dayan and pay obligatory homage to Rabin. Both rituals are grotesque, absurd and unwarranted.

When they lived, the two protagonists weren’t all that different, except that Dayan was more original whereas Rabin somehow always stumbled on opportunities or into pitfalls. The Left, far from jubilant about the 1967 victory, abhorred Dayan who, justly or not, embodied the triumph.

It tendentiously overlooked his truly appalling errors, like opening our labor market to Judea, Samaria and Gaza Arabs (not yet called Palestinians), owing to Dayan’s misguided assumption that they’d learn to love us. He turned the Temple Mount over to the Muslim clergy owing to his misguided assumption that a grateful Islam would appreciate Jewish magnanimity. Much of what we suffer nowadays can be traced to Dayan’s original blunders. Dayan was this country’s foremost liberal, but the Left refused to acknowledge that truth, nor the atrocious results of his misplaced liberality.

Dayan’s gravest Yom Kippur War-eve miscalculation was his refusal to mobilize the reserves and launch a preemptive attack. The Left disingenuously ascribes this to hubris and right-wing cockiness (though neither Dayan nor prime minister Golda Meir was remotely rightist).

The Left gloats at the “conception’s collapse,” implying that today’s Israel is still ensnared by identical right-wing swagger, just as likely to blow up in our faces.

This has become our conventional wisdom. Yet were Dayan and Co. smugly overconfident, they’d have rushed to deliver the first blow to show who’s boss. But rather than exude confidence, Dayan and Golda lacked confidence in the extreme. Their primary fear was of international censure and White House umbrage. They were meek and fretful rather than boastful and brash.

Their trepidation of “what the world would say” convinced them to avoid striking the first blow.

These interests dictate that we must stay strong and self-reliant at all times and that we never forfeit the option of ensuring our survival by whichever means we deem fit, regardless of what grimaces any given White House resident might make or what EU officials may bemoan in Brussels and Strasbourg.

Israel’s failure to preempt the attack upon it in 1973 didn’t win it good press. Quite the contrary. It has been directly and consistently downhill ever since. The world will not look out for us. As the wise old Hillel put it: “If I am not for myself, who will be?”

THE SECOND lesson is that if the Yom Kippur War showed us anything, it’s that we mustn’t cede a single additional inch of territory. Again this is contrary to the leftist claim that had Golda only been more pliable, and divested the country of strategic assets, war would have been averted. The question we need ask is what would have happened if the same armored Egyptian battalions had not crossed into the buffer that was Sinai but directly into the Negev, a hop and a skip in military terms from Tel Aviv.

The mind boggles at the horror. What would have happened if the Syrians hadn’t confronted the IDF atop the Golan Heights but had pounced on the Galilee? This should send shivers down Israeli spines, as should a scenario of Arab armies storming in from Judea and Samaria in the event we facilitate the establishment of a Palestinian state adjoining our Dan and Sharon regions. The disadvantageous start of 1973’s war wouldn’t have been so sensationally reversible were it not for the territorial shock absorbers.

In Rabin’s case too, the Left spins sham narratives.

Undoubtedly Rabin’s most grievous fault was to monstrously magnify the above dangers via his Oslo shambles – in many ways incomparably worse than the Yom Kippur War because Oslo evolved into a still-ongoing debacle.

When Ehud Barak proposed to split Jerusalem in 2000, the late Leah Rabin, who best knew her husband’s mind, protested vigorously and asserted that “Yitzhak would have never allowed this.”

Now Rabin’s daughter Dalia continues in the same vein. Interviewed by Yediot Aharonot earlier this month, she offered the following insight: “On the eve of the murder my father considered stopping the Oslo process because terror ran rampant in the streets, while [Yasser] Arafat didn’t deliver the goods. Dad wasn’t blind nor running thoughtlessly headlong. I don’t rule out the possibility that he considered doing an about-face on Oslo.
After all, for him Israel’s security was sacrosanct… Historical processes develop, change and flow. It’s impossible to judge a person murdered in ’95 according to what happened in 2000.”

Very true, Dalia. Barak’s subsequent failings cannot be retroactively pinned on Rabin. The irony of ironies is that, for all we know, rather than snuff Oslo out, the Rabin assassination perpetuated it.

But the post-Zionists who determine our agenda don’t want Dalia’s nonconformist words resonated, lest they undermine the indoctrination. Hence her quasi-subversive remarks were hardly the talk of the town. Much more iconoclastic mischief was to be achieved by Dayan bashing.