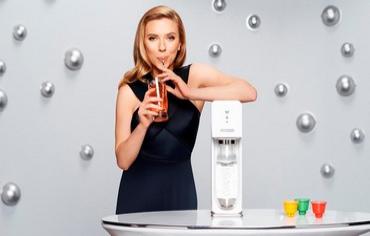 On the face of it, Oxfam is as irreproachable as motherhood and apple-pie. Who can be against its declared goals of combating hunger and promoting justice?

Oxfam’s confederation and its familiar charity shops are fixed features in some 90 countries worldwide. Founded in the city of Oxford in 1942, it crusaded for allowing food relief into occupied Greece. Ever since, Oxfam has embedded itself in the public perception as the harbinger of goodness and goodwill.

As such, it became de rigueur to champion its causes and indeed numerous celebrities score popularity points by starring as Oxfam campaigners.  Actress Scarlett Johansson was one of many who flocked to the Oxfam banner until she dared defy the outfit’s dogma.

To her credit, rather than back down, Johansson terminated her eight-year stint as Oxfam’s global ambassador. She thereby risked being pilloried as politically incorrect.

As with many seemingly righteous philanthropic associations, here too the controversy revolved around Israel and the trendy pretext of the illegality of the settlements – i.e. any Jewish presence beyond the 1949 armistice line. Although no borders ever existed, Israel is judged as the occupier there and its so-called occupation draws fire of the sort never aimed, for example, at the Turkish-controlled areas of Cyprus.

The trouble is that Oxfam’s movers and shakers cannot reasonably be suspected of weighing the issues on balanced scales.

In 2009, Barbara Stocking, Oxfam GB’s former chief and later president of a Cambridge University college, famously defined the organization as “impartial but not neutral.” Such sanctimonious obfuscation opens the door wide for holding Israel to double standards not applied against others, for delegitimizing and demonizing it.

The watchdog NGO Monitor, which checks for bias in non-governmental organizations, concluded in its recent report that Oxfam “distorts economic analyses of the West Bank and Gaza, repeatedly arguing that the sole impediment to Palestinian development is Israeli policy, ignoring intra-Palestinian limitations and factors.”

In essence, according to NGO Monitor, “Oxfam consistently paints a highly misleading picture of the Arab-Israeli conflict, departing from its humanitarian mission focused on poverty. Most Oxfam statements erase all complexity and blame Israel exclusively for the situation, and these distortions and their impacts contribute significantly to the conflict.”

Johansson exposed herself to attack by appearing in a Super Bowl commercial for Israeli carbonated drink maker SodaSteam, which operates factories around the world including one in Mishor Adumim near Jerusalem. That factory is located just over the Green Line and therefore beyond the pale by Oxfam strictures. It matters little that the area is sure to remain Israeli under whatever arrangement may ever be reached.

It likewise makes no difference to Oxfam that hundreds of well-paid Palestinians work right alongside Israeli counterparts at SodaStream, all earning equal pay, receiving identical social benefits and eligible for the same workplace perks.

In all, there are 1300 employees in that given industrial facility – 442 are Palestinian Arabs, 237 are Israeli Arabs and the rest are Israeli Jews. Not only are all SodaStream employees paid an equitable living wage but the company has even provided space for a mosque on its premises.

Nevertheless, some Oxfam supporters have likened such liberality to forced labor under the Nazis.

Without even delving into the contention that Oxfam actively funds the anti-Israel BDS (Boycott, Divestment and Sanctions) movement, one would think that the SodaStream Mishor Adumim plant would in fact be precisely what Oxfam should promote as its ideal for coexistence and cooperation.

Would it be better by Oxfam’s yardstick if the factory were shut down and its Palestinian employees went hungry (and subsequently perhaps needed Oxfam handouts)?  In all likelihood Oxfam would then vociferously denounce Israeli occupation for creating poverty, a charge relentlessly leveled against Israel by Oxfam executives. Clearly they will not let facts get in the way of a good propaganda line.

Such lopsided logic not only offends commonsense but it exposes deep-seated anti-Israel bigotry. In effect, Oxfam tells us that it’s acceptable for Palestinians to work for any firm, so long as it isn’t Israeli. Does this not fundamentally negate the very notion of peace?