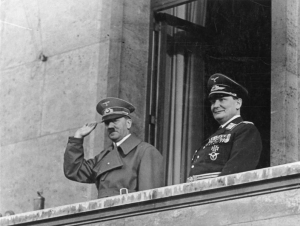 It was gut-wrenching to watch the world fawn over Iran’s new president. It was even more sickening to see ignorance parading as astuteness and profound insight.

We can only be mystified by how all those who never previously heard of Hassan Rohani instantly knew he was a famous moderate, that his election was a blow to Iran’s Supreme Leader Ayatollah Ali Khamenei, that Khamenei was exceedingly upset by the people’s choice, even that he greeted it with a sour expression.

The consensus among the overnight experts on an esoteric arena was that the vote was a runaway surprise, where the forces of good walloped the forces of evil.

Non-too-amazingly, the White House orchestrated the optimism. US President Barack Obama’s chief of staff informed us that Rohani’s victory was a “potentially hopeful sign” and that if Mahmoud Ahmedinejad’s successor behaved well, “he will find a partner in us.” Spinning the spin on CBS’s Face the Nation, Denis McDonough exuded hope: “If he [Rohani] is interested in, as he has said in his campaign, mending Iran’s relations with the rest of the world, there is an opportunity to do that.”

There was plenty more – most of it even worse – in the same pathetically out-of-the-loop vein from every democratic corner on this planet. But the truly frightening fact is that it’s not for the first time.

Self-bamboozlement appears to be chronic. Not too many years back, the conventional wisdom worldwide was that that Syria’s new leader Bashar Assad, who had then just inherited the Damascus throne from his deceased father, was an enlightened almost-democrat.

Why? He was an ophthalmologist who trained in the UK, spoke fluent English and surfed the web. Moreover, his lanky figure, fair complexion and sheepish appearance conveyed the impression of an easygoing urbane antihero – a man the West can do business with. On the basis of nothing more, the pressure on Israel mounted to cede the Golan to the eye doctor, the very one now exposed as a ruthless butcher. Imagine if we fell for the con and ushered Assad’s forces to the shores of Lake Kinneret.

But who cares about us? It was always the same. Jewish existential woes were forever a negligible footnote – if even that – to assorted appeasers who couldn’t wait to lavish their trust upon another deserving despot. The sorts they, out there, laud as potential peace-partners, should send cold shivers down every spine – particularly Jewish spines over here.

Not too many of us are aware nowadays, but there was a school of erudite thought in the 1930s that perceived Adolf Hitler as the Third Reich’s man caught in the middle. That broadminded view held that the fuehrer wasn’t the most extreme in the cast of Nazi characters, that it was possible to tame him – that he was pulled in contradictory directions by opposing forces.

The villains, according to this scenario, were Heinrich Himmler and Josef Goebbels who influenced Hitler to adopt ever more rigid positions, while his deputy Hermann Goering encouraged him to opt for a less belligerent stance.

Again, for those unaware, Goering was the egotistical, gluttonous and greedy hedonist who sadistically robbed helpless Jews and thereby amassed a vast personal fortune. Its crowning glory was an extraordinary art collection comprised initially foremost of works plundered from Jews. Goering ordered the registration of all Jewish property and personal belongings to make the pickings easier. Outrageously, the Nazis’ most prolific looter levied incredible fines on Germany’s Jews for damages inflicted upon them during the anti-Jewish rampages of Kristallnacht.

But all this was immaterial to those who persisted in regarding Hitler’s hand-picked Number-two and designated heir, as the “man of peace.” Goering, incidentally, blazing the trail for future Jew-haters, claimed that he wasn’t really an anti-Semite. Rohani likewise denies anti-Semitism and even calls the Jewish state by its name.

To be sure, there are conspicuous differences between Rohani and Goering, though each of them functioned as his leader’s second-in-command and each accompanied his movement from its earliest revolutionary beginnings, through all its totalitarian vicissitudes.

But what’s more striking and disconcerting than this apparent resemblance, is the readiness – if not alacrity – of the seemingly well-intentioned movers and shakers in the democratic world to seize on the tyrant’s front-man as their interlocutor.

The dictionary definition of the front-man is “one who serves as a nominal leader in an organization and who represents it publicly in order to improve the organization’s reputation, but who lacks real authority.”

Goering was just that, a fact which explains how he could have engaged in so much ostensible freelance diplomacy, without incurring Hitler’s wrath, especially at a time when Hitler was at his most powerful.

At the very end, just before Hitler’s suicide, the interminably self-obsessed Goering – fearing that his rival Martin Bormann would gain the ascendancy – requested that he be appointed the fuehrer in Hitler’s stead. Incensed by the affront, Hitler stripped Goering of his party credentials, jailed him and declared Karl Doenitz his successor.

Hence it was quite unlikely that Goering could conduct his own foreign policy, travel to foreign capitals and make nice everywhere, without his unforgiving boss’s approval during that boss’s heyday. The fact that Goering did carry on like an unofficial foreign minister, indicates that he was the affable face of the regime, the sociable schmoozer via whom Hitler attempted to mislead the world.

And so on February 1938 Goering visited Warsaw to allay anxiety about a much-dreaded German invasion of Poland. Later, Goering hobnobbed with Hungarian honchos and offered them a role in the upcoming ravage of Czechoslovakia.

This, though, didn’t prevent him – before British Prime Minister Neville Chamberlain’s capitulation at Munich – from sending out feelers to the British government, offering to visit London to defuse the Czechoslovak crisis. Chamberlain latched on to the notion, which eventually was eclipsed by the Munich pact with Hitler. Goering helped convince the Brits that German goodwill was real and extensive.

He brazenly continued even post-Munich, right up to the invasion of Poland – the one he deceitfully denied was in the offing. It was an indisputable double-cross.

On June 23, 1939 –little more than two months before the outbreak of WWIII – Goering convened the Reich Defense Council to synchronize the total mobilization of German manpower and resources for the coming blitz. He wasn’t only in the know – he actually oversaw the preparations for war.

Later, when the non-aggression pact with Stalin (the Ribbentrop-Molotov deal) had been secured, an intricate subterfuge was concocted to blame the Poles for attacking Germany. Inflammatory gung-ho bellicosity was to be broadcast in Polish and concentration camp inmates would be dressed in Polish uniforms and shot to offer “proof” of Polish casualties on German soil.

And what was Hitler’s front-man doing at that very time? Furthering Hitler’s agenda, he tried to preempt British military intervention literally up the last minute. For that Goering enlisted his Swedish friend, the long-time London resident, Birger Dahlerus as an informal go-between.

First Dahlerus bent the ear of a host of top British businessmen but finally Goering dispatched him to convince Foreign Secretary Lord Halifax (Edward Frederick Lindley Wood) that the Nazis sincerely desired an “understanding” with His Majesty’s government. Halifax replied in a written message to Berlin affirming that Whitehall too still desired “peaceful settlement.” That was on August 26, the date originally slated for the invasion of Poland.

Dahlerus made several more overtures to London, all of which served the German façade of seeking accommodation. The unwitting Dahlerus was still at it on the morning of September 1, when he met Goering at 8:00, only to be casually informed by him that “the Poles had launched war at 5:45.”

Dahlerus made his final pitch to the British Foreign Office by phone at 12:30 p.m., blaming Poland for having “sabotaged everything.”

In 1946 he testified about Goering’s “peace offensive” at the postwar Nuremberg Trials, but couldn’t prevent a death sentence from being imposed on the “man of peace” (who avoided the hangman’s noose by swallowing cyanide).

Rohani is obviously not a carbon copy of Goering but his usefulness to the Ayatollah fuehrer is similar to Goering’s for Hitler. In both dictatorships, nothing significant could happen without a green light from the powers-that-be.

Iran’s nuclear ambitions are Khamenei’s pet project. In the service of his strategic aims, he employs alternate tactics – just as Hitler did. When it suited Khamenei, he intimidated all and sundry by flashing before them his Goebbels-clone, Ahmedinejad. When it now suits him to dupe the democracies, he plays the “moderate” Rohani card.

Had Khamenei not wanted Rohani elected, he wouldn’t have been. Firstly, Khamenei had the last word on who at all could run for the presidency. The fact that the seemingly more hard-line conservative side was split among a number of candidates is the prime indication that the Supreme Leader intended none of them to win.

Rohani is cast in the role of Iran’s latterday Goering. His assigned task is to smile charmingly, use his silver-tongued speechifying on behalf of the Islamic Republic and win time for Iran’s bomb. He may extract concessions from the West and ease sanctions. But even if not, he can at least keep the international community fooled for a little longer, while more uranium is enriched.

Now, as then, Russia enables the baddies.

But the problem isn’t Rohani. It’s not even Khamenei. It’s the mindset of the world’s good-guys, the ones serially shy of confrontation, the ones forever in search of facile solutions and compromises, preferably only at the Jews’ expense.

The problem remains the failure of democracies to learn from history, to summon up minimal fortitude, not to fall for the fraud and to send the front-man packing.

Sadly, the odds in this instance too are that bumbling emissaries will continue their futile shuttles back and forth until they will be informed at 8:00 o’clock on one dark history-altering morning that as of 5:45 it’s too late, that they’re no longer of any use, that the chitchat is over.