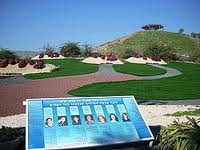 The very fact that 110 members of Jordan’s parliament (out of a total of 150) signed a petition for the release of the murderer from Naharayim speaks volumes about what parades as morality and coexistence next door to us.

Jordan, it needs to be stressed, is formally at peace with Israel.

Hence the implicit message from Amman is disconcerting in the extreme. Purported representatives of public opinion showed us where their hearts are, regardless of whether the massacre-perpetrator stays behind bars or not.

Surely even the minimally fair-minded must agree that the March 13, 1997, cold-blooded shooting of Israeli schoolgirls is as heinous a crime of hate as imaginable.

There should be no equivocation here.

In the wake of the 1994 Israel-Jordan peace treaty, the confluence of the Jordan and Yarmouk rivers, (Naharayim – two rivers in Hebrew) was reserved as a tourist site and named optimistically “the Island of Peace.” It was under Jordanian sovereignty but developed and maintained by several Israeli kibbutzim. It was ironically there that a Jordanian corporal, Ahmed Daqamseh, opened fire on Israeli children from Beit Shemesh during their school outing.

He killed seven 13-year-old girls and wounded others.

Daqamseh was sentenced to seven life terms, which in the Jordanian context means 25 years in prison. Yet he is far from being disowned and condemned by his compatriots.

The reverse is true. There has been continued overt and vociferous agitation for his release and he is often outrightly celebrated as a hero. Distressingly, King Abdullah keeps mum.

Two years ago then-justice minister Hussein Mjali didn’t hesitate to hector blatantly for an immediate release and to portray the cowardly killer of young girls as a laudable role model.

Now and then Jordan informally promises that no release is being contemplated, but these soothing messages are relayed in whispered tones behind the scenes, almost furtively. The impression is that a bold statement would run afoul of the predominant public sentiment.

This is far from incidental and attests to unsettling trends in the monarchy, which has obviously come a very long way away from the contrition so compellingly expressed immediately after the homicide by King Hussein.
Israelis haven’t forgotten his gesture of humane humility when he came here personally and visited each of the bereaved families.

Hussein’s son Abdullah, the current king, has plainly failed to emulate his father and speak up forthrightly and fearlessly in the name of common decency. We have no way of ascertaining whether Hussein in his day indeed accurately reflected the mood of his people, but he certainly tried to change perceptions for the good. This trend appears to have been effectively reversed.

The very fact that Abdullah at all countenanced Mjali’s appointment as justice minister in 2011 was mind-boggling. Mjali after all served as Daqamseh’s attorney during his trial, and hence his predisposition was no unknown quotient to begin with. It should have been no surprise that he’d be the blusterous chief speaker at a demonstration for Daqamseh’s release.

The signal to public opinion in Jordan and beyond was particularly troubling. The grassroots was encouraged to revere Daqamseh.

Jordan’s powerful Islamist movement and the country’s 14 trade unions, with more than 200,000 members, relentlessly campaign for Daqamseh’s release. Against this background, the support expressed for Daqamseh by an overwhelming majority of Jordanian legislators is no bolt from the blue.

Moreover, Daqamseh is no chastened penitent. He told a Jordanian weekly that “if I could return to that moment, I would behave exactly the same way. Every day that passes, I grow stronger in the belief that what I did was my duty.”

His mother told Al Jazeera: “My son assured me he has no regrets… He said: The only thing that angers me is that the gun didn’t work properly. Otherwise I would have killed everyone there.”

Abdullah won’t secure his position by letting this genie out of the bottle. Instead of appeasing the voices of hate, he should educate the masses to reject hate. He ought to courageously embrace his father’s inspirational heritage.

6 thoughts on “Outrage in Jordan”