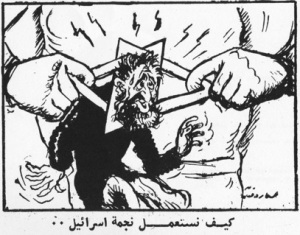 Science attributes selective memory to defense mechanisms that generate blanks in patients’ awareness to repress trauma or humiliation. The result can manifest as lacunar amnesia, where the mind’s record-keeping is impeded by a gap (lacuna) relating to specific events.

In individual psychology these gaps form involuntarily. But in the spheres of politics and propaganda they become intentional and inherently advantageous. It pays to deliberately blot out entire episodes, decades and even eras. Cynical misrepresentation thrives on erasing contexts and causal connections.

Therefore, not forgetting what we’re encouraged to forget is critical.

There’s enormous importance to how far back in time we go to isolate a defining milestone in our collective history. Where we mark the starting point of ongoing struggles may invariably determine what we conclude about them. Put differently, our disinclination to retrace the steps which, for better or worse, brought us hitherto may mess with our perceptions or dictate profound misperceptions.

Arab-Israeli parliamentarian Haneen Zoabi (Balad), for example, purposefully peddles insidious misperceptions. Last week, she blamed Israel for the terror attack against Israeli tourists in Bulgaria. Israelis, she insisted, have it coming because they have been “occupiers” since 1967.

The problem, of course, is that terrorist atrocities predate 1967, but Zoabi would rather we overlook troublesome truth.

Those who turn June 5, 1967 – the beginning of the Six Day War – into their zero-hour marker usually seek to advance a predetermined agenda, whereby all that preceded Israeli “occupation” is discarded, as is everything that triggered the direct outbreak of hostilities.

Their bottom line is to persuade the uninitiated that Israelis woke up one sunny morning, and overtaken by inexorable and inexcusable territorial appetites, invaded their peace-loving neighbors’ homes and usurped them arbitrarily. The cruel conquistadors then illegally settled in their neighbors’ property, which impelled the downtrodden natives to resist the interlopers.

The logic here is unmistakable. Justice demands a return to the status quo ante – in other words to the situation as it was on June 4, 1967 (while failing to mention that on that date Israel was existentially vulnerable, surrounded and threatened with extinction by the aforementioned neighbors who blusterously bayed for Jewish blood).

Another school of distortion takes us back to May 14, 1948 – the date on which the Jewish state was formally born. Everything which led up to that turning point is assiduously ignored. The assertion is that all of this region’s ills can be pinpointed to the moment Israel was declared independent. Up until then its serene neighbors led model lives and harmed nobody.

Israelis, however, woke up one sunny morning and, overtaken by inexorable and inexcusable territorial appetites, invaded their peace-loving neighbors’ homes and usurped them arbitrarily. They thereby created the Palestinian refugee problem, extinguished the light of the Palestinian Arab state (albeit a nonexistent one), and triggered the Nakba – the catastrophe that in Arab parlance is synonymous with Jewish sovereignty.

Forgotten quite expediently are recurrent pre-1948 massacres by Arabs shouting “Itbach el-Yahud” (“Slaughter the Jews”), denial of asylum to Jews fleeing the Holocaust and, not least, active and avid Arab collaboration with Nazi Germany.

The logic of this too is unmistakable. It inescapably leads to Israel’s utter delegitimization. If Israel’s inception is the original sin, then the only rightful long-term remedy can be Israel’s termination.

There’s a variation on this theme that takes back us just a few months more, to November 29, 1947. That was when the UN General Assembly adopted its Partition Plan for this country, which would have created two states in the narrow confines between the Jordan River and the Mediterranean Sea – one Jewish and one Arab. An internationally administered corpus separatum was decreed for Jerusalem, despite its unequivocal Jewish majority firmly established in every census since the early 19th century (none was previously conducted).

The terrifyingly minuscule Jewish state was to be precariously squeezed mostly along the coastal road between Tel Aviv and Netanya with crazy-quilt patches perilously attached. It was a security nightmare which the Jews nevertheless accepted and the Arabs violently rejected.

The first Arab attacks came early on November 30 and the bloodbath continued unremittingly. On May 15, seven Arab armies escalated the carnage by invading newborn Israel. In the course of what became Israel’s prolonged War of Independence, Jews were expelled from Jerusalem’s Old City and it was occupied by the Arab Legion in direct contravention of the UN resolution.

Had outmanned and outgunned little Israel not managed to endure the concerted onslaught (at great cost in lives), this country’s Jews would have been exterminated as per the bullying ballyhoo blatantly broadcast by Arab leaders.

Three years post-Holocaust, the watching world tolerated all this with remarkable equanimity.

What did bother the international community – even then, long before 1967 – was that when the battles died down the Jews ended up with more land than the piteous scraps apportioned them in 1947.

Conveniently ignoring all that led up to that state of affairs, the Arabs developed a nostalgic hankering for the Partition Resolution they had brazenly defied. Shortly after their defeat, they began whining about being denied the state they were promised west of the Jordan River (and which they failed to establish between 1948 and 1967 when they controlled all the territories they how demand from Israel as the never-was Palestinian state’s birthright).

The logic in the belated Arab longing for the 1947 demarcation is also unmistakable. If the iniquity resides with the failure to strictly adhere to the Partition Plan, then at least there must be a return to the November 1947 lines. The boon would be such an unimaginably defenseless Israel that its ultra-tenuous hold on life could be snuffed out in no time.

This is where Arab historiography ends. For a good reason. By selectively harping on 1967, 1948 or 1947, it’s possible to demonize Israel. Conflicts can be skewed, disconnected from their contexts and the entire picture mangled and warped.

But delving into the precursor years is clearly counterproductive to the Arab case. In actual fact, it undermines the anti-Israel narrative by filling in the lacunas drilled into our memories by Arabs, their gullible Western useful fools and Israel’s own bamboozled Left.

It’s not even necessary to dig too unfashionably deep into the past – something frowned upon by Israel-bashers everywhere, both witting and unwitting.

It’s enough to venture into the 1920s to realize just how feeble the case against Israel is. This was done by retired Supreme Court justice Edmond Levy in his recent report on settlement outposts. That’s why his report is so unpalatable to our own in-house disseminators of Arab deception. Levy’s exhaustive study determines that Israeli settlements in Judea and Samaria are legal under international law.

Levy and his two colleagues uphold Israel’s presence in Judea and Samaria since 1967 as unique, sui generis, because no recognized sovereign entity existed there beforehand.

Jordan’s April 24, 1950, annexation of what it dubbed the West Bank was opposed by all Arab states (which nearly expelled Jordan from the Arab League over this), and by all nations everywhere, save for Britain and Pakistan.

At the same time, Jews fully possess legal rights in Judea and Samaria emanating from the League of Nations Mandate. Not only were these never nullified, but they were preserved by the UN Charter’s Article 80. Also known as the “Palestine Clause,” it was inter alia geared to assure continuity for rights accorded to the Jewish people by the League of Nations.

This is where we get back to 1922. On July 24 of that year all 51 member-states of the League of Nations – the UN’s forerunner – unanimously declared that “recognition has been given to the historical connection of the Jewish people with Palestine and to the grounds for reconstituting their national home in that country.”

It needs be stressed that up until then the Palestinian moniker was entirely alien to local Arabs (as well as to foreign Arab migrants who streamed here to benefit from Jewish progress) and they vehemently rejected it. Although minted by the Romans to disgrace defeated Judea, the “Palestinian” designation applied solely to Jews during the first half of the 20th century.

Article 5 of the League-issued Mandate clearly states that “The Mandatory [Great Britain] shall be responsible for seeing that no Palestine territory shall be ceded or leased to, or in any way placed under the control of the government of any foreign power.” The territory was exclusively earmarked for the Jewish National Home.

Article 6 states that the Administration of Palestine “shall facilitate Jewish immigration under suitable conditions and shall encourage… close settlement by Jews on the land, including State lands and wastelands not required for public purposes.”

All the above, and much more that refutes “occupation” mantras, were reinforced by Article 80 whose avowed objective was to guarantee the continuity and validity of both rights and existing international instruments formulated by the League of Nations.

But Arab and pro-Arab advocates don’t like dwelling on 1922. It furthermore highlights the artificiality of Jordan which began life as Transjordan when Perfidious Albion ripped it off mandated Palestine – the designated Jewish homeland – in clear contravention of British undertakings.

In 1925, the Permanent Court of International Justice and an International Court of Arbitration established by the Council of the League of Nations ruled that a Jewish state in what was left of Mandatory Palestine (everything between the Jordan River and the Med, including the so-called West Bank) and an Arab state in Transjordan were to be recognized as successor states to the Ottoman Empire as defined by international law.

To deny this is to deliberately carve out hollow cavities in our cerebral recesses, to override the truth with lies, to convince ourselves that some crucial facts are best covered-up, that self-inflicted lacunar amnesia is totally cool and a testament to broadmindedness.

8 thoughts on “Another Tack: Lacunar amnesia is cool”