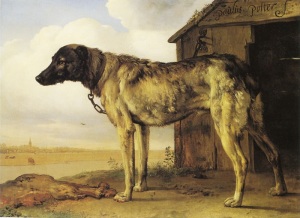 Hysterical headlines and none-too-coincidentally promoted causes célèbres are more often than not revealed as having been much ado about nothing. But there are different sorts of superfluous fusses.

Some are grounded in crass sensationalism, motivated by pompous publicity-hounding, ratings-boosting and irrepressible rampant shallowness. The results can be dire even without malevolent premeditation.

Inevitably, however, the loudest screamers in any given media campaign are acutely aware of the underlying sham of their pose. They fabricate the fake with forethought aplenty. They intentionally orchestrate uproars against nonexistent provocations. Their much-ado-about-nothing isn’t born of vulgarity but by deliberate design.

The current case of the roundly reviled libel law is so blatant that it cannot but be ascribed to premeditation. It’d take gross ignorance not to realize that the recently enacted amendment changes nothing, that the 1998 amendment to the 1965 Defamation Law was in itself ludicrous, that the original amendment and its updated version both matter little. The very portrayal of the latest legislative adjustment as a freedom-suppressant is so wildly disproportionate that it reeks of manipulation and ill-will.

The 1998 and current revisions were both authored by MK Meir Sheetrit, then of the Likud and now of Kadima. His good intentions evolved into a bad joke. Thirteen years ago he fixed a NIS 50,000 ceiling on libel awards where no damage is proven (NIS 100,000 where damage has been established). Prior to that, no monetary limitations existed. Carelessly, Sheetrit stymied judges with a maximum. All he did now (with the aid of Likud MK Yariv Levin) was to raise said maximum to NIS 300,000 (double if damage is confirmed).

Would this truly put the frighteners on the media? Give us a break.

Newspapers on a clear advocacy-journalism track weren’t intimidated by the NIS 50,000 penalty and can well afford to risk the increased fine. The law always obliged them to tell the truth and not to spread lies, certainly not knowingly. That’s basic, though it hardly curbed the enthusiasm to smear.

The very commotion and clamor engendered by a largely inconsequential bill attest stridently to our media’s persistent lack of elementary professionalism and even a semblance of impartiality. Sheetrit’s repeat initiative hardly merits attention. Nevertheless, our news outlets don’t react haphazardly.

They cheered the closing of Arutz 7 as democracy’s triumph but they weep piteously over the Voice of Peace broadcasting from enemy territory.

In alarming Pravda-like unison they loathed all anti-disengagement dissenters but they cuddled and coddled the past summer’s “social justice” tent-protesters.

They heaped abuse on Channel 10 when they feared at its inception that it might resemble an Israeli version of FoxNews. But now – Channel 10 having vindicated itself as yet another left-leaning outfit – they demand in the name of democracy that taxpayers prop up the operation bankrupted by its own spendthrift practices.

Where our scribblers and talking heads choose to hurl their invective and where they choose to make nice or keep mum tells all. It’s invariably very discriminating and very consistent.

Netanyahu was always their bête noir. He was prime minister when Sheetrit’s first Defamation Law Amendment passed. That amendment is now pointed to as the laudable status quo ante, but then it was de rigueur to vehemently decry it as a muzzle on democracy’s watchdogs.

Like any disciplined canine, these watchdogs intimidate anyone against whom they’ve been predisposed with a horrific display of hostility, replete with ear-splitting barks, menacing growls and snapping at the unfortunate intruder’s heels.

But the identical terror-striking pooches will jump for joy and lick the faces of “their people” – owners or trusted allies. Individual targets may vary depending on their allegiances. Right now the media’s watchdogs bay for Ehud Barak’s blood. Yet they once groveled in abject submissiveness and unquestioned loyalty before Barak, when he aggressively rivaled Netanyahu.

Just a couple of years after the shrill hullabaloo that greeted the 1998 anti-libel amendment, our bow-wows failed to react to Barak’s attempts to crown himself the nation’s unassailable media czar. The watchdogs went temporarily off duty, leaving the public barely aware of Barak’s machinations.

All the while Barak postured maddeningly as democracy’s protector and guardian of its sacred freedoms – out to defuse societal tensions, prevent violence, promote pluralism, ease access to the airwaves and reduce overt media politicization.

In that ostensible spirit, the then-PM’s office drafted legislation to grant the Israel Broadcasting Authority greater independence – as per Big Brother’s doublethink logic.

To ensure the appearance of equal time and a modicum of fairness toward all points of view, the IBA executive council traditionally comprised representatives of all parties – Left and Right, religious and secular. Prime ministers frequently found that arrangement troublesome. Barak decided to do something about it, while couching his arguments in positive associations and praiseworthy aspirations.

He thus set out to replace IBA’s executive with a board of directors consisting of nominees from artistic, academic and public circles, all apparently apolitical. Moreover the directors were to be appointed by a nine-member panel of electors hand-picked by none other than Barak himself.

The first three electors were to hail from the Film Directors Association, where right-wingers are quite absent, and the next trio from the Council for Higher Education, where leftist professors abound. Then Barak proposed two of his own government’s ministry directors-general and a retired judge he’d name himself.

Needless to stress, the facilitated molding of public opinion was to perpetuate leftist hegemony far down the line.

Moreover, the bill ostensibly blueprinted to allow the IBA greater autonomy gave Barak the power to dismiss any board-member, the IBA director-general or radio and TV directors, at any time and without explanation. That was yesteryear’s Orwellian plot to depoliticize the IBA.

Had Barak’s electoral defeat not interfered, the IBA would have retained no scope for any sort of freedom – not that there would have been much call for it, assuming that its challenges to a leftwing coalition would have been minimal.

That this could at all be passed off as a liberal reform was entirely due to the training of democracy’s watchdogs. They knew when not to howl. Were Netanyahu, though, to sponsor Barak’s identical scheme he’d have been mercilessly hounded and the indignant pandemonium would be deafening.

Anything remotely linked to Netanyahu is anathema and Barak’s personal standing is no exception. Everything depends on the degree of one’s ardor for the Left’s agenda and usefulness in implementing it.

That’s why democracy’s watchdogs failed to bristle their hair, bare their teeth, ominously prick up their ears, bulge their eyes and loudly alert the whole neighborhood to the plot to hijack the IBA even further to the left of its habitual perch.

This is still how things are. As any media mutt worth its chow learns, letting down its guard or raising a racket isn’t about press freedom but about political/economic interests.

The establishment’s entrenched anti-Netanyahu interests and big money are at stake. Sometimes it pays to selectively make much ado about nothing. Hired dogs won’t ever object because they never bite the hand that feeds them.

3 thoughts on “Another Tack: The selective barking of hired hounds”