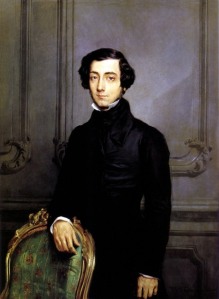 To tell the truth, Barack Obama’s second Mideast pontification sounded better than his first – the one he delivered in Cairo soon after assuming office. His waxing ecstatic about burgeoning democracy in the Arab world appeared preferable to his bowing before sleazy Arab potentates and pretending that Muslim despots should be weighed on the same scales of pluralist evenhandedness as Western democrats.

Prima facie, more than the Arab/Muslim world had changed, Obama seemed to have substantively backtracked from entrenched moral relativism. Remember, early in his presidency he opted to coolly ignore the popular uprising in Iran and treat the Ayatollahs’ rigged election as the bona fide verdict of the masses.

Still, in a world where the three-word slogan and five-second sound bite prevail, it’s politically correct to forgive that lapse. It’s bon ton to forget that Obama’s sweet palaver sugarcoats the bitterest poison-pill. It’s uncool to mention that should Israel refuse to swallow what Obama prescribes, it’d be accused of upsetting the regional/international equilibrium.

Obamaesque fair-mindedness ostensibly demands that blame for Arab/Muslim crimes be apportioned to Israel, albeit minus a shred of justification. To protest transparent distortion is to blaspheme against the Gospel of Obama.

It doesn’t even matter that a Palestinian state already exists on nearly 80 percent of Palestine (although, for purposes of political expedience, it’s called Jordan). We can make this a nice world if we only make nice. Yet we mustn’t force our version of nice on the bad guys who’re anyway not bad… only misunderstood victims of our narrow-mindedness.

Obama expects all global arena players to abide by the conventional wisdom inculcated into him at Harvard – i.e., to broadmindedly tolerate adversarial viewpoints, submit a priori that no cause is unavoidably more valid than any other and effectively favor Third World professed underdogs with a peeve.

However, the more things change, the more they stay the same. Israel’s status as a banana republic apparently must, in Obama’s view, stay irrevocable. Obama’s immutable perception is of Israel as somehow remaining morally culpable and therefore charged with mitigating Arab displeasure.

Obama-speak obliges Israel to take existential risks, while Arab cooperation merely entails waiting patiently for Israeli suicide rather than rushing in for the precipitous slaughter.

That said, shouldn’t the fact that Obama so enthusiastically embraces the seeming democratic stirrings in the Arab world be greeted as a heartening transformation? Perhaps Obama has seen the light. Perhaps he genuinely renounced his postmodern blanket denial of absolutes, of values or virtues in select cultures, of the greater moral uprightness of some societies versus the comparative depravity of others.

If any doubt remained, Obama took pains to hone the point: “For the American people,” stressed America’s president, “the scenes of upheaval in the region may be unsettling, but the forces driving it are not unfamiliar.
Our own nation was founded through a rebellion against an empire.”

Oops, hold on – do we detect niggling traces of moral relativism, Obama’s apparent redirection notwithstanding? We Americans, says the current White House occupant to assorted Mideasterners, are no better than you.

The American Revolution of 1776 is no different from the so-called Arab Spring of 2011.

Surely during his Harvard salad days Obama was introduced to Democracy in America, the Alexis de Tocqueville classic, inspired by the young French aristocrat’s 1831 tour of the then-fledgling US.

De Tocqueville, awed by what America had achieved, understood that it wasn’t only due to the limitless prospects of a wide-open continent. Portuguese, Spanish and French colonists hardly matched the British, who “were more conversant with the notions of right and the principles of true freedom than the greater part of their European contemporaries. At the period of the first emigrations, the township system – that fruitful germ of free institutions – was deeply rooted in the habits of the English; and with it the doctrine of the sovereignty of the people which had been introduced into the very bosom of the monarchy of the House of Tudor.”

This seed, transplanted across the Atlantic, accorded everyday Americans “the right to indict public functionaries before ordinary tribunals and gave all judges the right to convict public officers… Yet a solid ground of complaint must exist before anyone thinks of prosecuting a public officer, and these officers are careful not to furnish such grounds.”

America’s mind-set was rights-oriented and law-oriented from the outset.

In other words, for democracy to thrive, it requires a fertile socio-cultural soil. Without proper conditions democracy doesn’t flourish, as it hadn’t in Jacobin France, where it “was enfeebled by its own excesses” and “abandoned to its wild instincts, like children deprived of parental guidance, who receive their education in the streets, acquainted only with society’s vices and wretchedness.”

French society, de Tocqueville deduced, lacked “that concomitant change in laws, ideas, customs and morals necessary to render any revolution beneficial… The spell of royalty was broken but not supplanted by the majesty of law. People have learned to despise all authority, but they still fear it.”

De Tocqueville was mindful of the danger that in some settings, new oppressions would merely replace prior oppressions. Can Obama be sure it isn’t so in the Arab realm?

Obama’s basic hypotheses and consequent comparisons are spurious. That leaves us only with two possible conclusions – he either willfully misrepresents reality, or he utterly fails to comprehend a world vulnerable to his whims. Both alternatives are dreadful.

Obama may be fully aware of the fact that he unconscionably manipulates the truth and is hence disingenuous, to say the least (for whatever ultimate purpose). If not, then Obama is deluded and entirely incapable of discerning the critical fundamentals of our existence, which should alarm the entire free world, as he nominally, at least, leads it.

We Israelis cannot, therefore, accept Obama’s recommendations-cum-diktats for our own life-and-death struggle for survival. For us, it’s inherently immaterial whether they spring from hardened cynicism or from inordinate naïveté. In any case, subscribing to this president’s bottom line would doom us all irredeemably to the bottom of the abyss.

3 thoughts on “Another Tack: De Tocqueville in Harvard”