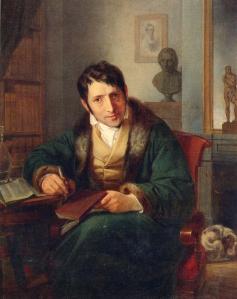 One of the wittier and more brilliant satirists ever to have come out of Germany, Börne identified with characteristic precision that indispensable preliminary step in Everyman’s quest for solutions to whatever plagues us. “If you seek wisdom,” he advised, “seek the destruction of the illusions you hold as true more than you seek new truths.”

This is counsel that should be heeded here and now by our inveterate hawkers of mega-delusion – Israel’s very own proponents of the two-state solution. Unflaggingly they peddle tattered, intrinsically disorienting delirium. Incredibly they never seem to tire of pulling the wool over their own and our eyes. They present themselves as possessors of singular insight, as harbingers of a greater truth and as wise beyond our plebeian grasp.

They won’t let go of the grand delusion that underlies their self-professed wisdom and purported truth. Their two-state delusion was certainly sweet – simplistically and seductively so. It claimed that all conflicts can be amicably and fairly settled by just dividing up whatever is contested. It touted idealistic goodwill and seemed compellingly rational. But it was from the start delusionary.

By all empirical yardsticks, that delusion has finally and undeniably crumbled into grimy dust. The illusion of a reasonable accommodation with genocidal foes – which without fail anyhow failed the test of coolheaded analysis – ignobly disintegrated when Ramallah’s Fatah and Gaza’s Hamas banded back together, at least pro forma, for the sake of expediency.

Whatever their motives and whatever the long-range plans of the old-new partners, their joint venture should persuade even the most diehard of our peaceniks that the time has come to finally wise up and lose the illusion.

The prevalent illusion thus far was that we face two dissimilar Palestinian entities – negotiation- espousing Ramallah and Gaza, whose unaltered goal is Israel’s annihilation. Now that the pair has retied the knot, their deception has been exposed. That should mean that the illusion has been shattered irrefutably once and for all.

In reality the only distinction between the two always was tactical. Ramallah excels at propaganda warfare, while Gaza fires rockets. Ramallah is funded by the Quartet, while Gaza is underpinned by Damascus and Tehran. Both wish to obliterate Israel, but Ramallah is more cunning and Gaza more candidly confrontational.

Neither Ramallah nor Gaza was ever a reliable or viable peace partner. Only our indomitable wishful thinking and obsessive illusion kept conjuring up interlocutors on whom we could unload slices of homeland, directly atop the soft underbelly of our densest population centers.

Gaza’s Hamas thumbs its nose at us and glorifies the Islamo-Nazism of infamous Second World War-criminal Haj Amin al-Husseini, who from his Berlin residence avidly abetted Hitler’s Final Solution, recruited Muslims to the SS and actively foiled the rescue even of several thousand Jewish children.

Abbas’s Fatahland is nothing but a more outwardly decorous version of Hamastan. All the rest is desperate illusion.

Moreover, our self-imposed hallucination arises from deep desires for something that far transcends Israel’s well-intentioned, if strategically misguided, yen for compromise. Our irredeemable devotion to delusion is inherently Jewish. Perhaps it’s the defensive adaptation of the weak.

Most members of the dysfunctional family of nations indeed advocate the two-state solution, but we alone are delusional. All the others are stimulated by cynical vested interests, which impair our self-preservation prospects. In other words, other states don’t push us into the two-state abyss for our own good. Quite the contrary.

Nevertheless, too many of our headliners and opinion-molders voluntarily embrace that detrimental external pressure. They avidly engage in scare-mongering. If we don’t succumb to what’s dictated from abroad, they hector, we’ll be left alone, ostracized, vulnerable and on the verge of extinction.

But are these demoralizers weakening our resolve for altruistic ends? Or, perhaps, are they identifying with foreigners whom they regard as sources of clout and influence? Are they obsequiously out to win coveted international credentials of enlightenment, that would differentiate them from all those bothersome insular, intransigent and politically incorrect Israelis?

A cooperatively toadying disposition could secure Israel’s peaceniks the acceptance they crave, allow them to bask in the limelight of those who really scorn Israel, win accolades in places Israelis should naturally shun, and earn approval from the most disapproving sorts.

The illusion is that serving the purposes of powers whose greedy, shortsighted interests negate one’s own interests will help promote personal or factional aggrandizement. This isn’t a recently evolved illusion. It has been with us for at least two millennia, perhaps the manifestation of a persistent, pesky mutation in the Jewish genome that keeps popping up exasperatingly in all manner of circumstances, no matter how superficially different.

Somehow Jews appear to crave acceptance, to seek to bask in the limelight of those who really revile them, to win accolades in places they should naturally shun, to yearn for approval from the most inimically disapproving sorts. Ingratiating ourselves with our enemies – and friends-of-enemies – seems preprogrammed into too many of us.

The Jews of Germany, who historically comprised one of the most successful of Diaspora communities, were mind-bogglingly susceptible to the aberration. The list of famous Germans who were born Jewish yet strove not to stay Jewish is unbelievably long. For those cursed with Jewish parentage, talent and brains were never enough to make it in intensely Judeophobic surroundings.

Too many Jews with both talent and brains deluded themselves that Christian credentials would secure them the acceptance they craved, allow them to bask in the limelight of those who really reviled them, win accolades in places they should naturally have shunned, and earn approval from the most disapproving sorts.

Razor-sharp Börne was disturbingly typical. He was born in Frankfurt as Leib Baruch, and that critically was a colossal fly in his ointment. He couldn’t even keep a bureaucratic public-sector job because of his Jewishness. His illusion was to ditch said Jewishness by becoming a Lutheran convert with a suitably Teutonic name.

Gallingly, though, even that failed to erase the original sin of Baruch’s extraction. Eventually he ended up in Paris banding with other frustrated Jews to fix up the world.

Börne-Baruch’s illusion of ingratiating himself didn’t pan out. He didn’t succeed in currying the favor of non-Jews. To them Börne remained who he was born. Perhaps it was this life experience that led him to conclude that the prelude to any progress is losing one’s illusions.

Illusions won’t lead any of us anywhere – not to peace with Ramallah or with Gaza, and certainly not with both. Before we rummage around for yet more appeasement-expediting supplementary sacrifices, we must rid ourselves of specious illusion. First things first.

9 thoughts on “Another Tack: The Börne identification”