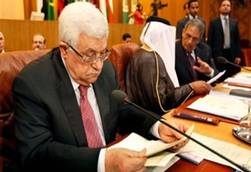 It’s almost surreal to witness the White House resident and his European counterparts fall all over themselves in recharged alacrity for the “two-state solution.”

Do they even remotely believe their own words? Or do they just make obligatory sounds to satisfy the requisites of some bizarre rite?

It’s a tad of a stretch to trust that it hadn’t dawned on any of them that the last thing Palestinians want is a Palestinian state dwelling in idyllic coexistence alongside a secure, accepted and recognized Israel. Honchos in both Ramallah and Gaza may expediently exploit the two-state slogan, but they never truly espoused the cause of two-state harmony.

All the while, though, the two-state mantra is fervently chanted by statesmen everywhere, eager to put in their two cents and repeat precisely what everyone else has been declaiming for years with the same seeming conviction and the ever-invigorated note of urgency. Global movers and shakers never tire of the worn old refrain, which they elevate to Gospel-like sanctity, with each futile reiteration.

This has all the hallmarks of the birth of yet another great extensively proselytized Mideastern religion. The idol worshiped by all and sundry is the two-state deity. Though its teachings aren’t feasible in the here-and-now, anyone who dares hint at skepticism is instantly pronounced a vile heretic. Dissenters are pilloried by the imperious clerics and impressionable disciples of the new international ecclesiastical assembly. The high absolutist authority tolerates no deviation from its unassailable dogma – the cramming of two adjoining states into the narrow strip of land between the Jordan and the Med.

This doctrinal article of faith envisions a perfect, all-encompassing solution to a problem that masses everywhere have been conditioned to focus upon, to the exclusion of all else that plagues humanity – the plight (supposed) of the (previously never-known) Palestinian people. With frequent reminders, the two-state premise gains priority in indoctrinated psyches. Memory is reinforced with each tendentious news report until the preaching becomes an axiomatic unassailable precept.

The new idol’s promised salvation is now unquestioned, obvious and overpowering. It’s a universal force. Two states are the way to go. High priests of the two-state sacrament must be revered and obeyed.

Anyone marked as marginally unenthusiastic faces the fire and brimstone of indignant censure. Foot-draggers, to say nothing of opponents, become the arch-adversaries. Compelling them to bow down before the two-state idol emboldens and validates the faithful. If they can coerce, they must be right.

TAKE THE case of Binyamin Netanyahu. For a long time, and valiantly against the odds, he poked holes in the burgeoning two-state creed. He became the doubters’ leader. Simultaneously, the pressure upon him grew unbearable. We don’t know if he buckled or cleverly tried to play for time, but he at last proclaimed his newfound devotion to the two-state divinity. Exasperatingly, however, his popularity overseas wasn’t thereby enhanced. He remains mistrusted, portrayed at best as an agent of delay if not altogether an intransigent holdout.

The enticement to crush the Israeli side’s perceived noncompliance is still powerful. Yet while all eyes are on Netanyahu, no one pays attention to the two latifundia of the split Palestinian Authority – Fatahland and Hamastan.

Mahmoud Abbas, figurehead chief of the former, is commonly perceived as the good guy, having won warm benedictions from zealous two-state theologians and from straggler new-believer Netanyahu. The Hamas bunch, now much less frowned upon, increasingly secures legitimacy and sympathy as champion of the oppressed underdogs.

But what ardent two-state devotees incredibly lose sight of is that both PA segments undermine the very two-state solution concocted to appease them. Netanyahu acquiesced to indirect talks for a while and froze all Jewish construction in Judea, Samaria and parts of Jerusalem to deny Abbas pretexts for not talking. Abbas nevertheless managed to scuttle George Mitchell’s mediation while ingeniously succeeding to paint Israel as obstructionist.
Though the Arab League gave Abbas the yellow light to resume direct contacts with Israel, his preconditions leave little doubt: Abbas is far from interested in furthering the two-state option. Among other demands, Abbas insists that the upcoming negotiations’ starting point be Ehud Olmert’s egregious offers – ironically the very ones Abbas rejected when Olmert proposed them. It’s as if Abbas fails to recognize that Olmert is out of power, that Israelis elected another government on another platform.

There’s no way Abbas doesn’t grasp that this is a nonstarter. Hence we must assume that his preposterous precondition is an intentional spanner in the works.

Next, Abbas demands that the outcome of the negotiations be fixed before they begin. He wants Israel to guarantee a return to the 1949 armistice lines, including in Jerusalem. He refuses any compromise, especially over territories he doesn’t control. He brazenly denied having agreed to “let the Jews keep” the Western Wall.

Since he knows he cannot prevent Hamas domination on the hilly terrain directly overlooking the soft underbelly that is Israel’s densest population center, Abbas knows the 1949 lines mean Israel’s suicide. This is a machine-busting super-spanner.

Another spanner is prior Israeli consent to the deployment of international forces along the border after Israel withdraws. Given our long sad experience with foreign “peace-keepers,” this is a prescription for Israeli paralysis. Abbas is out to make sure that Israel would be unable to defend its citizenry from terrorist predations unleashed literally next door. He deliberately flings monster-monkey wrenches (unless he sincerely supposes Israelis will obligingly slit their own throats).

Had he really yearned for the Palestinian state hallowed by the rest of the world, he’d keep his hands off the wrenches. But these aren’t conditions for talks; they are excuses for sabotaging talks.

Abbas is terrified of the two-state solution, just as his predecessor Yasser Arafat was and for the same reasons. He knows he’d have to declare the conflict ended and essentially forgo the “right” to inundate Israel with millions of hostile Arabs. He knows assorted Arab/Muslim autocrats would lose no time to brand him a traitor and that Hamas would rake in immeasurable political profit.

To boot, things are pretty nifty for him under the Israeli umbrella. Abbas’s mini-bailiwick gets greater cash donations from abroad than does big hard-luck Egypt. The IDF safeguards Abbas and his Fatah minions and the economy is booming. Does Abbas really want the Jews to disappear, while Lebanon and Syria unload millions of “refugees” upon him?

Even Hamas resorts to similar logic. Its mouthpieces shuddered at Avigdor Lieberman’s calls for a final disengagement from Gaza. Hamas falsely screams about continued Israeli occupation (although Israel fully vacated the Strip in 2005). In actual fact Hamas craves the “occupation” status quo. Why lose its ploy, give up a good deal and Israeli shekels?

It doesn’t take divine revelation to see this. But the world’s fanatic followers of the two-state faith can’t give up a good thing either.

1 thought on “ANOTHER TACK: A new Mideastern religion”